Today, Greek Ancestry is excited to announce yet another collaboration, this time with Greece 200 on its amazing “Your Story” project!

Greece 200 is a Diaspora initiative which aims to compile, promote, and share all things related to the 200th anniversary of the Greek Revolution and the Hellenic Republic.As they explain, “at its highest level, the Greek Revolution was the coming together of every city, every region, every Hellene and Philhellene, to fight for a common cause of freedom. It represents the beginning of modern Greece and is the starting point for the 200 years of history that follow, from Greek Independence, to the Greek Genocide, to the mass migration of Greeks in the early 20th century, to the role of Greece and the Greek Diaspora today and its future direction. Therefore, the best way to celebrate the anniversary of that fight is to share and preserve the culture that freedom has allowed us to preserve; to tell the story of Modern Greece from the perspective of its people and its Diaspora”.

It is in this context that Greece 200 decided to launch a fascinating project in order to bring together the stories of Greeks in the Diaspora. “Your Story” is a call to all Diasporan Greeks to share the story of their family and add their tile to the mosaic of Greek history. The stories collection will eventually take the form of an interactive Greek Diaspora map, illustrating the spread of Greeks around the world and highlighting their stories.

Greek Ancestry is more than happy to contribute in all ways possible to this innovative and interesting project. As a first step, we kindly ask all Greek Ancestry subscribers and followers to check out “Your Story’s” website. To submit your family’s story you only need to fill out the “Your Story” form. Won’t take more than 1′! Greek Ancestry will also consider offering relevant material from its databases and collections to Greece 200 in order to further enrich and support its project. 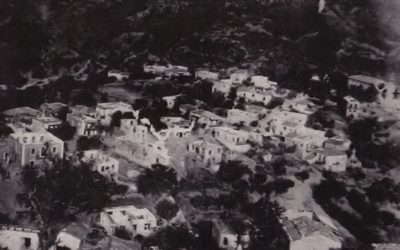