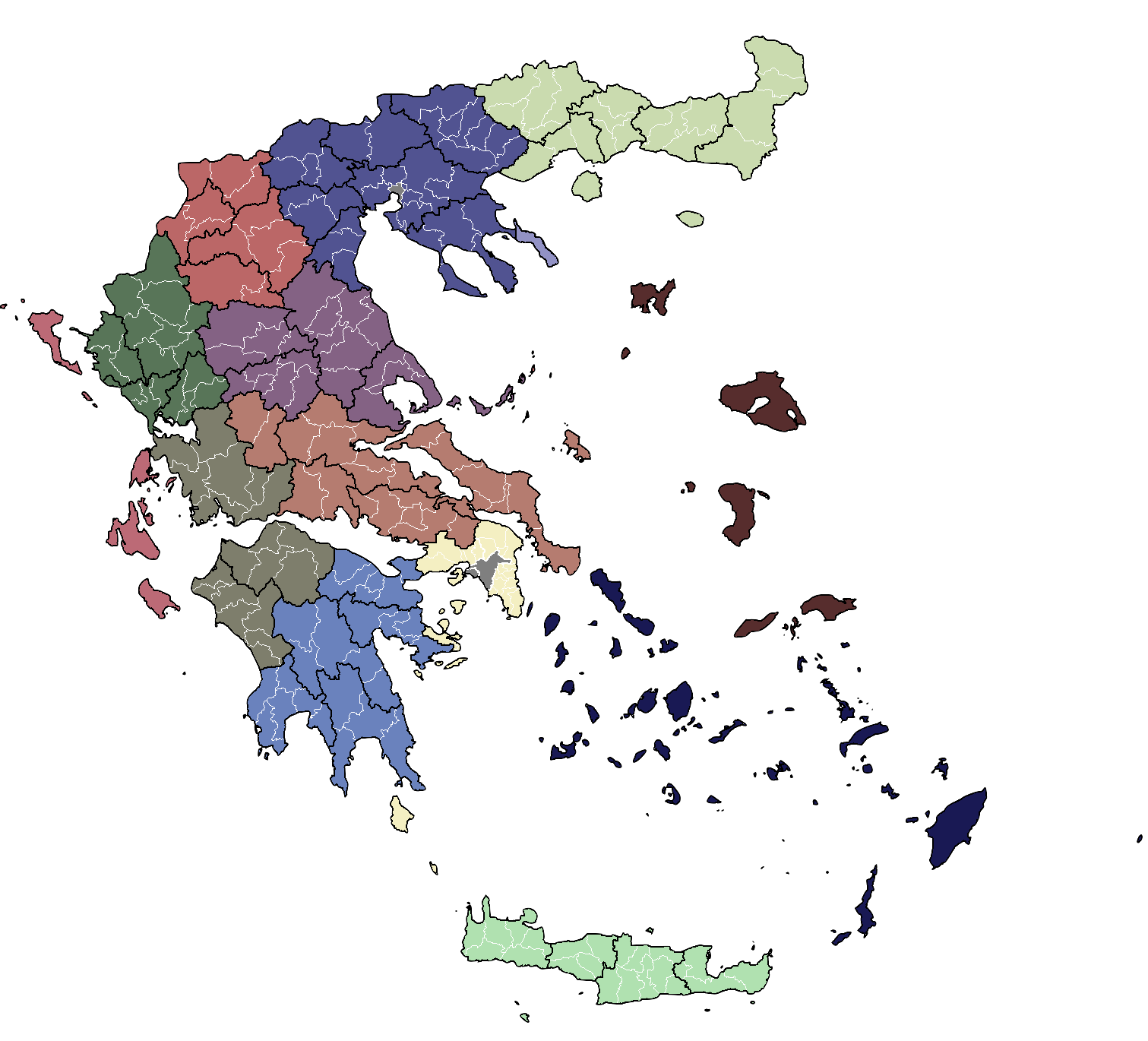 Within the past 15 years, Greece has undergone two major administrative reforms:  the Kapodistrias Reform in 1997 and the Kallikratis reform in 2010. These programs instituted massive reorganizations which affect governments at the community level. Although records were created at the municipal/dimos level, the governing unit of that dimos may have changed over the years. Thus, the records themselves may have been moved to different location(s) one or more times.  At worst, this may contribute to record damage or misplacement; at best, the records could be in a location you may not anticipate. You may need to be patient and persistent in tracking down the information you seek. With the recent reforms, consolidation of several government levels occurred and a new administrative heirarchy of only three levels was established. They are:

Level 1: Regions of Greece (Περιφέρειες της Ελλάδας):  Greece is divided into 13 regions (see chart below). Each is governed by its own council which is elected by its citizens and has its own independent services and budgets.

Level 2: Regional Units (Περιφερειακές Ενότητες):  subdivisions of Regions which are not self-governing but come under the jurisdiction of the regional government. There are a total of 74 regional units in Greece.
[Replaces:  prefectures, known as nomoi (νομοί); abolished in 2006]

Level 3: Municipalities (Dimos – Δήμος):  the basic unit of government comprised of a city or town and its surrounding villages. Most vital record documents have been created at this level.
[Replaces:  community (koinotis – κοινότης) abolished in 2010; and province (epharhia – επαρχία) abolished in 2006]

The thirteen administrative regions and their capitals are: